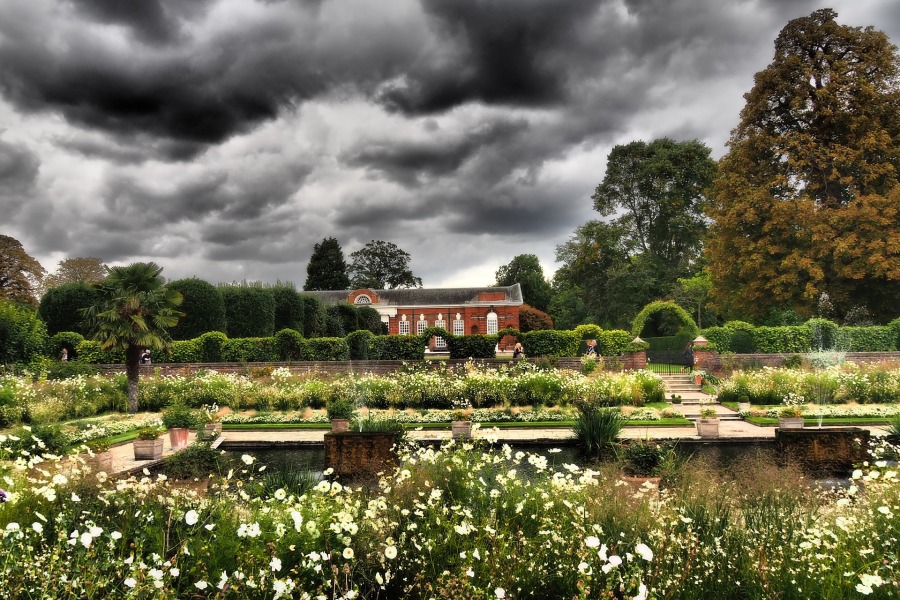 Kensington Palace began life as something a lot less prestigious as it is today. In its original form, the building was considered a small villa in the suburbs, originally known as Nottingham House. In 1689, this house was selected by then joint monarchs William III and Mary II to be their new country retreat. They were said to be tired of the damp and smoke of central London and wanted to find a home that provided easier access to Parliament than their then-current rural residence at Hampton Court. Once it became established as a royal base, following Stuart and Georgian monarchs began to transform the mansion into a much grander, more fashionable residence.

Queen Caroline is known to have had a big input in the shape and design of the famous palace gardens, and the majority of Queen Victoria’s childhood was spent in the confines of Kensington Palace. When Victoria finally ascended to the throne and relocated to Buckingham Palace in 1837, Kensington Palace became a residence for minor royals including Princess Louise, her daughter.

In more recent times, Kensington Palace has been home to a number of more high profile members of the Royal Family. These include the likes of Princess Margaret,- perhaps most famously – Diana, Princess of Wales, and Harry and Megan, the Duke and Duchess of Sussex. As of 2020, it is the current London home of William and Kate, the Duke and Duchess of Cambridge and their three young children.

Kensington Palace underwent major refurbishments in 2012, building a new grand entrance with gardens inspired by 18th century aesthetics. Thanks to these renovations, the palace has very much been restored to its former glory.

K West Hotel & Spa is launching a special black friday sale for the month of November.